2001 - Acquire Monroe Systems for Business based in Levittown, PA.

2016 - Expanded Distribution to 11 locations with addition of Dallas, TX location.

Carolina Wholesale Group, Inc. was established in 2003 to manage the growing acquisitions of Carolina Wholesale Office Machines and subsidiaries. Based in Charlotte, North Carolina, our goal is to partner with business owners holding similar philosophies and visions. We strengthen our organization through the addition of new team members, products and solutions.

1994 - Carolina Wholesale named "Distributor of the Year" by Mita Copystar. 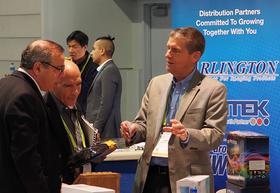